The Qi of Tea 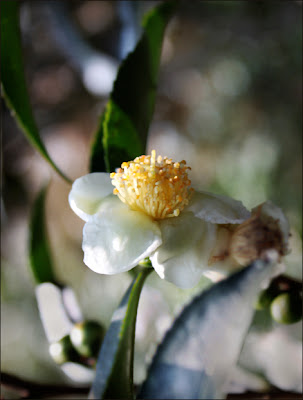 These past several weeks of tasting events have brought a lot of new people to our tearoom and a lot of common questions. One of them was the about the term chaqi that we use a lot and I'm surprised that I've never really written about it before though it's mentioned so much by us. When I first heard the term, I was already drinking tea with Winnie and Michael regularly. "Cha" meaning tea and "Qi or Chi' meaning flow of energy (usually ascribed to living things), is a way to describe the so called energy of the tea and describe it's physical effects on the drinker.
I can only share my personal experiences with chaqi and the little I've gleaned from drinking tea. The idea of chaqi and it's role in tea's history could fill a book. Michael and Toki say it's a term that's been used for centuries. When a lightly roasted Pheonix oolong can cool the body while a heavy roasted WuYiCliff oolong can make a person sweat though both teas are served at the same temperature, the chaqi is used to explain the phenomena. (This was well before people understood about caffeine content or the nature of polyphenols. Even discovering and isolating unique tea compounds only tells us part of the story now.) Chaqi is inextricably linked to Chinese medicine and the belief that our own qi flows in meridians throughout our body which is subject to blockages and imbalances depending on various influences. The balance of yin and yang is the balance of opposites, hot and cold, light and dark. Individuals have differing balances but men are generally considered more yang while women are yin. It's believed as you get older your body's balance changes towards cooling yin and you must avoid food or drinks that will cool you further. In China and Taiwan, the elderly are encouraged to drink more aged and heavily roasted oolongs or aged puer because the qi of younger and lighter teas can be too chilling. That's one example of chaqi in every day life. White and green teas, although served hot, are considered cooling to the body's internal heat and used to refresh oneself in hot weather.

light shan lin xi oolong
When does chaqi become a factor in your tea drinking?
For some reason, only Chinese and Taiwanese teas are considered to have chaqi and we don't consider the qi of an Indian tea or Japanese tea. Maybe it comes from the centuries of breeding particular tea trees with leaves that could produce such strong physical sensations in China and Taiwan that hasn't been replicated elsewhere. Tea trees that are more than a century old are considered to possess more chaqi. "The older the tree then the stronger the qi" is a common belief. Strong chaqi or the perception of it can dramatically raise the price of a tea. Often times, the difference between a tea that costs a few hundred dollars a pound to the same cultivar costing a few thousand is more about the trees' ancestry and the chaqi than the difference in flavor and aromas. The books written about Chinese tea connoisseurship from an eastern perspective often discuss chaqi when describing certain teas.
Chaqi is important to the tradition of Chinese tea. At the tearoom, we cannot evaluate a tea without certain expectations of chaqi. If it's a WuYi Cliff Tea, then we want to feel a gradual build-up of heat in the hands and chest. Sometimes, there is pressure behind the eyes and a coolness on the neck. I've seen fair skinned people become rosy after a few sips that has little to do with the actual temperature of the tea. I don't know why I'm particularly sensitive but an old tree, WuYi oolong makes my normally cold hands become damp with sweat and I get a tingling sensation down my spine. I can't drink light Taiwanese oolongs during the winter because I get too cold and my fingers will go numb. My favorite part is the calm and sometimes outright bliss that settles on me when. We also drink tea for the flavor and aroma but if there isn't any chaqi to enjoy, the tea can't really hold our interest. I've noticed that tea's from older tree's have more complex flavors and fragrances so these desirable characteristics go hand in hand with chaqi.
I try to find my own balance between the traditional wisdom of Chinese medicine and it's modern interpretations. Everything I've shared here is based on what I've learned from tea masters and personal experience. What I have are only anecdotal discoveries and that isn't the same as scientific evidence. That's fine with me and I think it's a personal journey for anyone interested in Chinese teas. Just as everyone has differing tolerance levels to caffeine, some people are insenstive to the myriad physical sensations that premium teas can deliver. Whatever unique combination of tea compounds causes these lovely sensations, we just call it the chaqi. 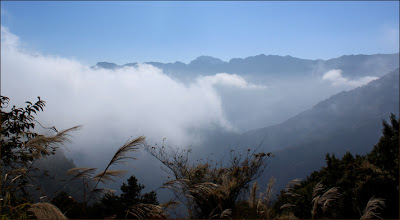 There's a lot of mystery surrounding chaqi and I think it can get overly complicated. I've heard some connect it to "quantum vibrations" of all things. I doubt that they have actually discovered a sub-atomic influence on an individual level (I can really taste the quarks in this tea!) nor is this reasoning even necessary. Chaqi is a lot of things but it doesn't have to be the gateway to everything. I'm reminded of a quote by the late, great Richard Feynman, "Keep an open mind, but not so open that your brain falls out." Words to live by...

Page 69 will reveal to you the mystery of vibrations.

Holy FSM, Brandon. I could not get through that pdf without some serious eye-rolling. Thanks, it just got more and more surreal as you read further along. I think a more in depth review might be in order.